Healthy blood stem cells have as many DNA changes as leukemia

Researchers have shown that cancer cells do not necessarily have more changes in the DNA than healthy cells. The number of changes appears to be less relevant than the location in the DNA, according to research by Ruben van Boxtel.

Every time a cell replicates, it copies its DNA. Both daughter cells receive a copy of the DNA. During the replication something may go wrong and a change in the DNA, a mutation may appear. Usually this is not a big problem. That was also shown by the research done by Ruben van Boxtel, biologist at the Princess Máxima Center. 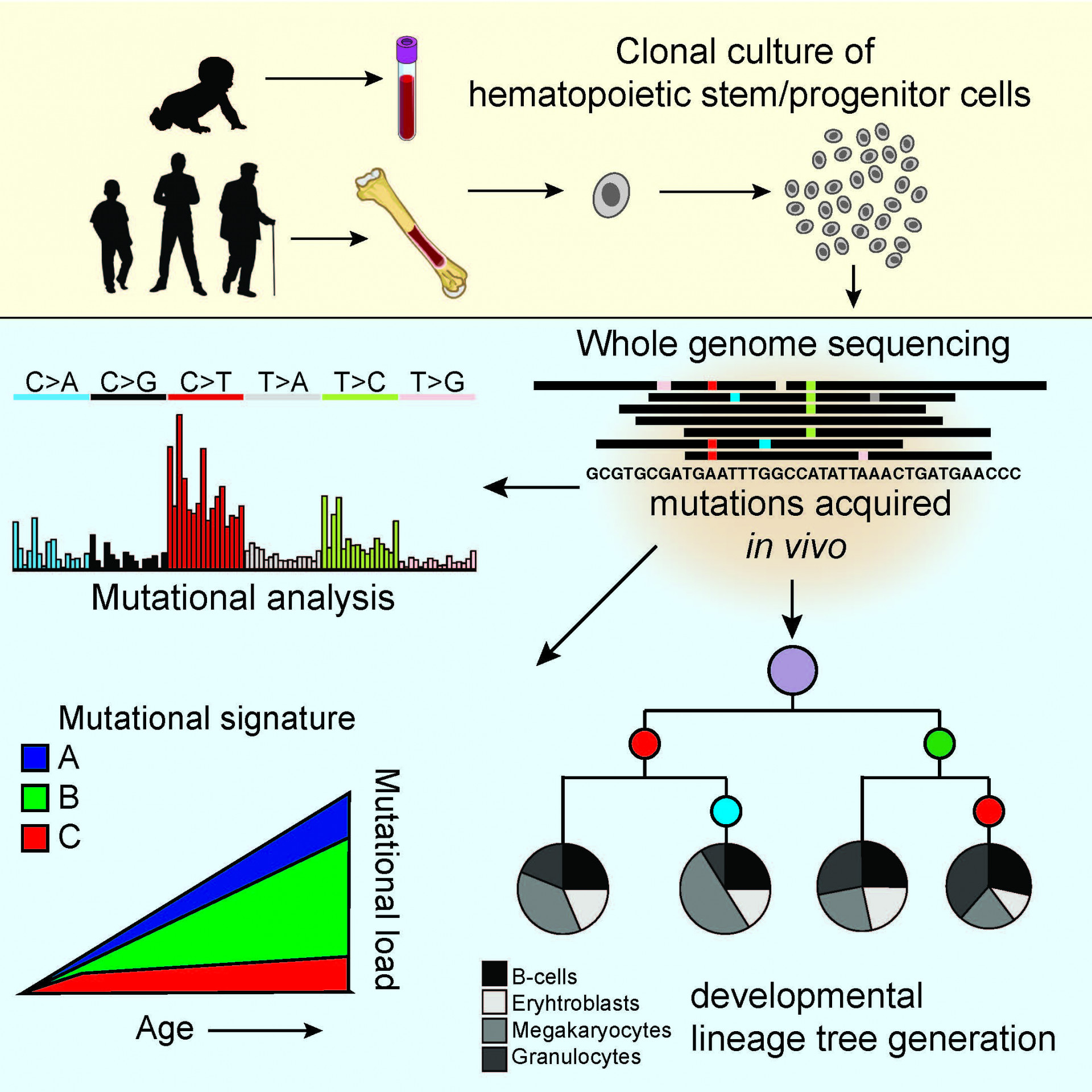 Van Boxtel, together with his team, studied healthy blood stem cells from seven people of different ages. ‘Blood stem cells divide about once every 40 weeks,’ says Van Boxtel, ‘and we saw that eleven mutations occur during one division.’ The older the test subject, the more mutations the researchers found because the mutations accumulate over the years. Yet, these people were fit as a fiddle.

Nevertheless, mutations in blood stem cells may also lead to leukemia. ‘We thought that people with leukemia would have more mutations than healthy people, and that that was why they had cancer,’ says Van Boxtel, ‘but that is not true.’ Adults with acute myeloid leukemia have as many mutations as healthy people in their blood stem cells, is what the researchers showed in the journal Cell Reports. The place where the DNA is mutated seems to be decisive.

Van Boxtel also made a family tree of the cells. If there is a mutation in a cell, the cell passes this mutation on to all of the following daughter cells. ‘If you study the pattern of mutations of a cancer cell, you can figure out which cell it comes from,’ explains Van Boxtel. ‘The origin of the cancer cell is relevant for selecting the most effective treatment.’

These results are very educational, but Van Boxtel particularly sees a lot of potential in the technique. Now that the team has shown that they can trace a cell's family tree, future plans can be made. ‘With this technique, we are now also going to look at childhood cancer,’ says Van Boxtel. ’So far, for example, we assume that new mutations that occur as a result of intensive treatment can cause second cancers. Whether these mutations are indeed new, we can now test with this new method. This is relevant knowledge when making a treatment plan.’

Better together – one year of collaboration with leading German research centers

Friso Calkoen 'Immunotherapy CAR-T: from newcomer to treatment of the future'