In childhood cancer, cells have often got stuck in development during pregnancy, causing them to start growing uncontrollably. With new technology, it is now possible to map these precursor cells. Three Máxima researchers talk about their recent findings with the new technique, single cell sequencing. Jan Molenaar: ‘This knowledge will lead to a better understanding of the origins of the disease, and hopefully ultimately to better treatment.’

The various cells in a tumor differ greatly in their function, behavior and genetic blueprint. Single cell sequencing is a technique that looks at which genes are active in order to pick out different types of cells within a tissue. The technology is now widely used in the Máxima, both in tumors and in the study of embryonic development.

Using single cell sequencing, researchers can determine the progenitor cells from which a tumor originated. Comparing them with healthy cells could help develop new therapies. Marc van de Wetering, senior researcher in the Clevers group: ‘Children’s cancers are actually developmental disorders, in which cells remain in a stage of growth after fertilization. Single cell sequencing makes it easier for us to find out exactly what stage that is.’

High resolution atlas
Researchers in the groups of Hans Clevers and Jan Molenaar are using single cell sequencing in their search for the origin of neuroblastoma. Clevers and colleagues created a high-resolution ‘atlas’ of the developing adrenal gland, the organ in which most cases of neuroblastoma develop. They analyzed gene activity in adrenal glands of mouse embryos at different stages of development. They also compared the new, detailed picture of normal development with tumor tissue of children with neuroblastoma.

Van de Wetering: ‘We found a group of cells in the developing adrenal gland that closely resembles cells in neuroblastoma. And, importantly, the gene activity profile in these cells is linked to patient prognosis. This opens up starting points for new diagnostic tests or therapies. We also aim to use these cells to grow mini-tumors for further research into ways to stop the growth of neuroblastoma.’

Common ancestor
Jan Molenaar worked with the Wellcome Sanger Institute in England to look at the development of neuroblastoma using single cell sequencing. This study focused on patients with a range of different prognoses. Molenaar: ‘Surprisingly, we saw an overarching cell type in all patients with neuroblastoma, despite the large differences in their clinical picture. We found that this cell type, called the sympathoblast, is the common ancestor of every neuroblastoma. This finding will lead to a better understanding of how the disease develops, and hopefully, ultimately, to better treatments.’

‘Cell of origin’
In their investigation of the origin of a highly aggressive form of childhood cancer called malignant rhabdoid tumor (MRT), Jarno Drost and colleagues at the Sanger used single cell sequencing in combination with DNA ‘barcodes’ to trace the family tree of this tumor. By analyzing the genome in MRT cells and comparing them with healthy cells from the same patients, they discovered the so-called ‘cell of origin’, a migrating precursor cell that already fails during embryonal development due to faults in the SMARCB1 gene.

They then grew MRT mini-tumors to look at the role of SMARCB1 inactivation in the development of MRT. They found that by switching this SMARCB1 gene back on, tumor cells started looking like healthy cells again. Drost: ‘It’s fantastic to see that this is possible. We found two existing drugs that seem to partly reactivate activity in the cell that's regulated by SMARCB1, so this offers hope that in future we can improve the prognosis for children with MRT.’ 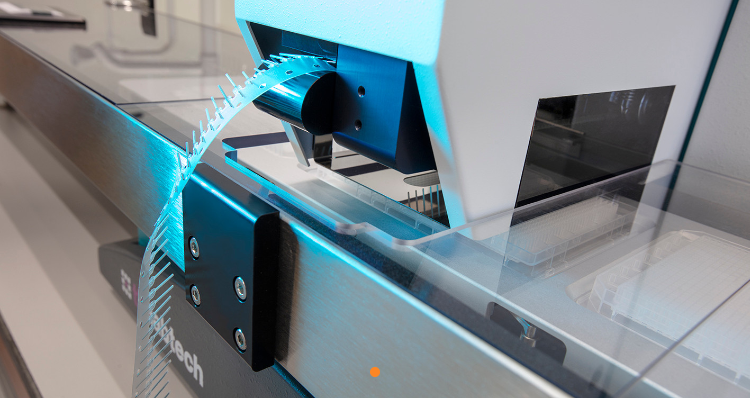 €1M KWF funding for research into neuroblastoma and leukemia

Survival rate for children with brain tumors improved since 1990