Some children who have cancer have a genetic predisposition to develop the disease. It is important to be aware of this, as this predisposition could be relevant when it comes to decisions relating to treatment and checks enabling early detection of a new tumor. Doctors and researchers from UMC Utrecht and the Princess Máxima Center are launching a four-year study that will see them analyzing medical data as well as DNA test results from all children with cancer. Clinical geneticist Marjolijn Jongmans: “We are looking for the best method of detecting children with a genetic predisposition, which will enable us to continue improving healthcare.” 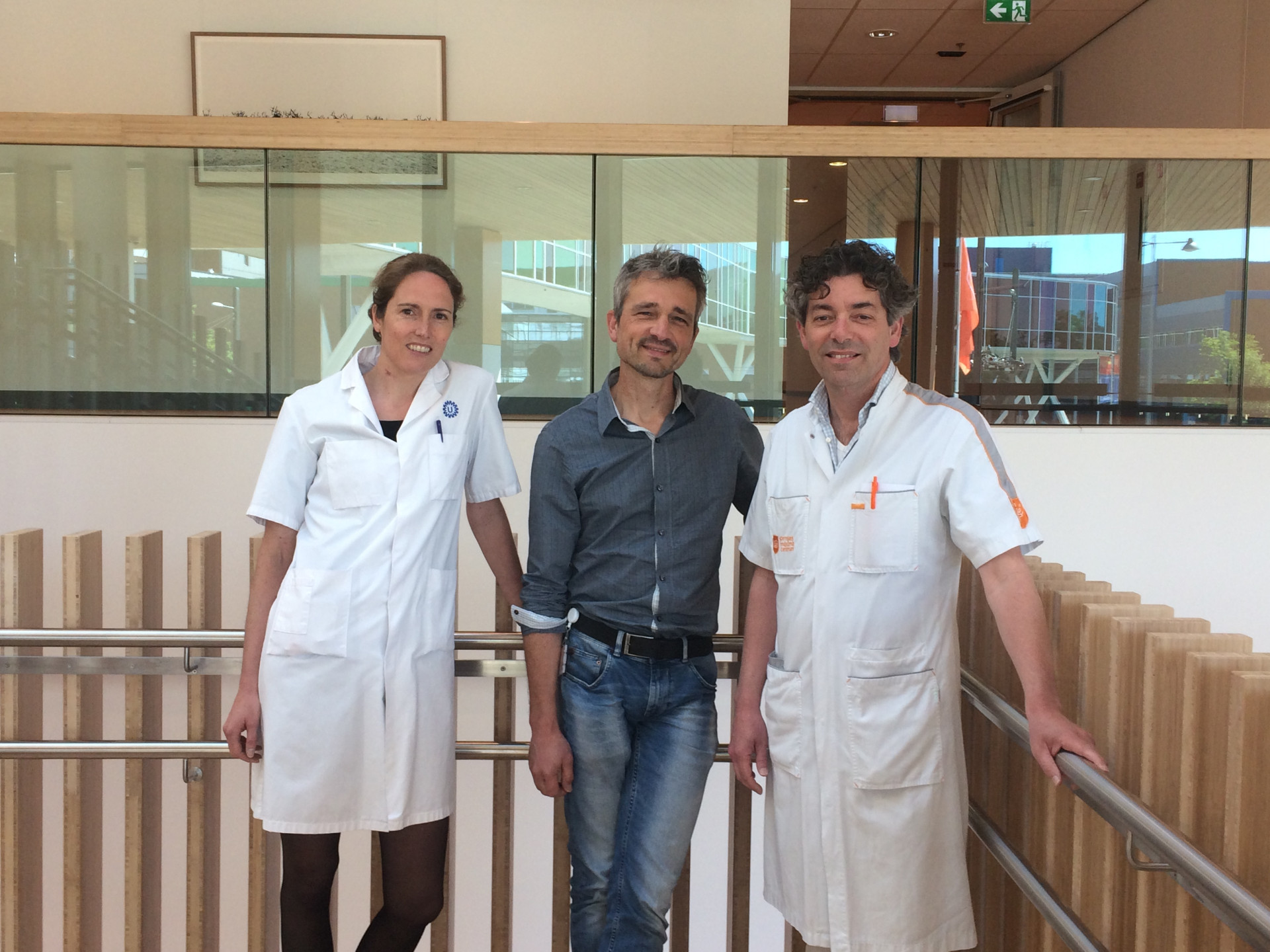 The Princess Máxima Center for Pediatric Oncology serves all children with cancer from across the Netherlands. A wide array of cancers affect the 600 new patients that the center sees each year. “Pretty much all parents want to know why their child got cancer. Knowing the cause is important to them,” says pediatric oncologist Hans Merks (Princess Máxima Center). “They are also highly motivated when it comes to participating in DNA research. Obviously this is only something we do with their consent.” Children with cancer do sometimes present with other symptoms, such as a developmental delay, a physical condition, or certain external characteristics. “If we find a cause in the DNA that explains both the cancer and other symptoms, then that will provide clarity,” says Hans. “It will take away the sense of uncertainty and sometimes even guilty feelings that parents have.”

Knowledge regarding genetic mutations in children with cancer is important for several reasons. Sometimes knowing that there is a genetic predisposition can give parents and child some sense of what the future might hold. What can they expect in 10 or 20 years’ time? The knowledge also makes it possible to inform family members and carry out screening. Moreover, it is known that patients with specific mutations do not respond well to certain types of chemotherapy, meaning that such treatment should best be avoided in their cases.

A major study will soon be getting under way into how children with cancer that might have a genetic predisposition to develop it can best be detected. KiKa is supporting the study.

“The approach will be a structured, bipartite study of all children with cancer,” says clinical geneticist Marjolijn Jongmans (Department of Genetics, UMC Utrecht). The pediatric oncologists will look at characteristics such as age, the type of tumor, whether the child is (for example) notably tall or short, and other external and medical characteristics. “A digital referral test developed in Canada will be used to support the pediatric oncologists so as to select those patients that could benefit from a more extensive examination by a geneticist. At the same time, the child’s DNA will be analyzed,” explains Marjolijn. “We will subsequently look at whether there are any differences between both routes in detecting a genetic predisposition and what the best strategy would be now.” The unique thing about this study is that it will be covering all children with different types of cancer. After all, these children all come to the Máxima from across the nation.

20,000 genes
The DNA test that will be done is called Whole Exome Sequencing (WES). This entails 20,000 of the child’s genes being read in UMC Utrecht’s high-tech DNA lab. “We then look at the code for all genes we know to be associated with a predisposition for childhood cancer,” says researcher Roland Kuiper (Princess Máxima Center), “thus enabling us to find new links between genes and tumors.” “The study could reveal that a particular mutation could produce a higher probability of developing more types of tumor than we have known to date,” he says. “I am expecting that we will also come across situations in which there is a genetic predisposition, which we might ordinarily miss because the child does not have the exact characteristics that fit the genetic disease. Without the characteristics there is no reason for to specifically search for the disease. However, with our broad screening protocol a genetic predisposition may pop up.”

Roland is confident that he will also discover new genes and mutations during the study. “Children that we strongly suspect of having a genetic predisposition but in whom we don’t find any change in the genes we’ve been aware of to date will be eligible for testing of other genes,” he says. This was how he and Marjolijn found five new genes in a previous study, despite this study only looking at 65 children. These children did constitute a unique group, however, as they were also mentally disabled, had a congenital defect, or had a sibling with the same type of cancer, for instance. In 35% of these children they found a genetic change that could explain the cancer. Roland: “In the general group—i.e. all children with cancer that Máxima sees each year—we’re expecting around 10% to have a genetic predisposition to the disease.”

Medication
If the researchers find a mutation in the DNA, then the doctors will record this in the patient’s file. Thus ensuring this information can be seen whenever treatment decisions are being made. This knowledge could also prove useful to different research workers in the Máxima. When carrying out studies on new medications, for example, it is important to know whether some of the children studied have a genetic predisposition that could affect sensitivity to the medication. Marjolijn: “We don’t yet know the significance of all mutations, but knowledge of our DNA is increasing rapidly. This will allow us to pool existing and new knowledge, making all information available to ensure the best possible healthcare.”

Concentration of surgery has improved operations for childhood cancer